Thanks, Karen for the pictures below from Camp. Ryan is going back to the clinic on Tuesday to have his port flushed and for another set of blood counts. The plan right now is to start accutane, fondly referred to by us and a few others as craputane. When his platelets reach the magic number, we will head to Sloan.

I have a very long overdue huge thank you to the teachers and staff at Bethlehem School, and to Matt's mom and dad. Over $700 was raised at school in a single day back in the spring. Ryan's best buddy, Matt's mom and dad matched it. I sent it all in to CURE and filled out an application at Walmart to have them match the donation. I have waited and waited, and quite frankly, I'm over it. Who knows? Maybe they just send the donation directly to CURE, but I'm done. And so- thank you to everyone at school and to Scott and Christy for your generosity. Thank ya'll for caring so much for Ryan and for wanting to help find a cure.

Ryan is feeling good today. Thanks for checking in and for your prayers. Love, Les, Missy, Heidi, Will, and SuperRyan 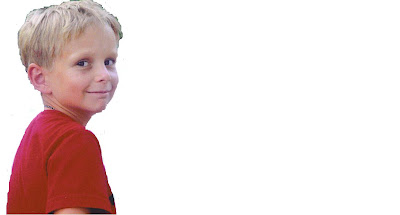 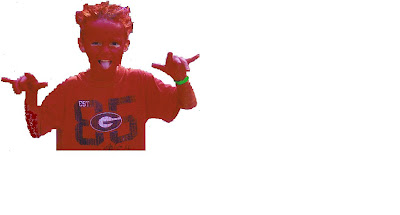 Not enough bounce in his counts

It has been a really busy week. Everyone is back to school and getting used to bedtimes and homework. I can't believe our baby is in his final year of elementary school. It's gonna feel strange (and old) not to have a kid at Bethlehem. Ryan had counts done at Coach Gary's clinic last Friday, and again today. His platelets are not high enough to start chemo. We are going to have them checked again on Tuesday at the clinic and he will see Dr. George. We may skip this round and go on to New York, but we'll have to see what happens on Tuesday. He has made it ok at school so far. He was a little sick today and actually fell asleep in my room. I guess that's what happens when your hemoglobin is 8. something.
Will is off to Sibling Camp. I know he is having fun. Thanks, Camp Sunshine! Ryan is out with his BFF, Melinda. He is definitely having fun! Thank you, Melinda! We love you!
Some of you may heave heard Ryan on WSB today or yesterday. They played our interview on the radio. The WSB Care-athon raised over a million dollars for the Aflac Unit at CHOA. There were some great stories, and I haven't heard ours yet, but we will be receiving a copy soon. Thank you, thank you, thank you to everyone who made a donation.
Please say a prayer for Max and his family. They are having a tough go of it right now, and could use your prayers that the change in chemo drugs will beat back Max's cancer.
Also please pray for Luke's mom, Carrie, as she is struggling without her little Luke.
Thanks for checking in on us and please keep Ryan in your prayers. Love, Les, Missy , Heidi, Will, and SuperRyan
# posted by Ryan @ 8/22/2008 10:36:00 PM 0 Guest Book

This morning Ryan lost 90% of his hair, the last 10 we hit with the razor. He took the new look with a grain of salt and went on with his day. It seems harder for us to accept! His ability to cope with treatments and side effects, for so long, is just unbelievable. We are so lucky to have him remind us everyday, whats important and true strength is not just lifting weights. Three cheers for Ryan !! We love you.


Ryan has three more days of radiation left, 3 too many as far as I'm concerned. This evening after his shower he was sitting in my lap. He slowly pulled his fingers through his hair and showed me several strands. "Oh no" he said. We are hoping that he won't loose all of it. He is not aware of the new surgical scars on his head and we were really hoping to avoid that stress or any others for him all together. School starts on Friday and we want him to be happy and excited about going. There is never a good time for any side effect. I just HATE all the treatment that saves his life :( Our hearts are so heavy watching the tremendous load he carries.
He did take time out of his busy schedule today to hand out gifts of appreciation to large contributors of "The Lighthouse" at a golf benefit at the Saint Ives Country Club with founder and a good friend of his, Melinda. Keep praying for his strength to endure.
Les, Missy, Heidi, Will and SuperRyan

Just About Half-Way Done with Radiation

Tomorrow will be Day 6 of radiation. Ryan will be half-way finished. He had fun on Monday's visit. My friend, Karen, and her son Jackson went with us. Ryan had fun showing Jackson around the Winship. They brought us sausage biscuits from the vending machines. Yummy!! I tried telling him that meat and vending machines are not a good mix. He threw up before we got home, but felt better after he got sick. We have been giving him Zofran before his treatment since then.
No real news from my doc. She thought I looked great and was happy to finally get to meet Ryan. I go back to see her in 3 months.
We had to be at Scottish Rite this morning at 7:30 for an 8:00 CT to check the ommaya port and make sure it works properly. Everything went smoothly and it seems to be working like it is supposed to. We are hoping that by doing the test here a) if there were a problem, Dr. Reisner could take care of it, and b) that we won't have to do it in NY and might make our stay in NY a day or two shorter.
Dixie got a good check-up at the vet yesterday. She weighed 4 pounds! She is such a cutie and we are all loving her lots. Thanks for checking in on Ryan. Please keep him in your prayers. Love, Les, Missy, Heidi, Will, and SuperRyan SpyGear found out, somehow,
just how much Ryan loves their stuff. Kim Bratcher from SpyGear in California, contacted us and was so unbelievably nice to send out some of their hottest items. Ryan was ear to ear hooking it up. Last night he had the video car in the den, watching TV after he went to bed. (gonna have to keep an eye on that thing!) We hung out at the pool most of the weekend. Just can't image he had brain surgery such a short time ago. Will was keeping us entertained with his tricks off the "slide". They hardly ever just slide down it anymore.
This week holds daily radiation, no chemo. It should be very smooth so long as the traffic co-operates. It generally takes 1 1/2 hours to get down to Emory.
We hope your weekend was as fun as ours! Lots of love to all our friends out there, Les, Missy, Heidi, Will and SuperRyan.
# posted by Ryan @ 8/03/2008 08:34:00 PM 0 Guest Book

Chemo's done for this round

I did it! I de-accessed him without any trouble. I was WAY more anxious about it than him. So chemo is over for this week. He had a little nausea each day, but it seemed short lasting. Dr. Reisner gave him the go ahead to swim so I am certain he will be in the pool later today. We didn't have radiation today. They are updating their software. He hasn't had any more headaches, so that is great! Hopefully, he won't have anymore. He has been asking if he can do the things he hasn't been able to since April-like jumping on the trampoline, jumping on his pogo-stick, and heading a soccer ball. We gave him the go ahead on everything except the soccer ball!
He has an interview today with someone from WSB Radio for the upcoming Care-A-Thon that raises tons of money for Aflac at CHOA, and then we are hoping to pick up some back to school stuff.
I go back to see my oncologist Monday just before Ryan's radiation. Luckily, they are in the same building, so that helps. I have one week of summer vacation left before I have to go back to work. The kids start on the 15th. I dread it SO much!!! Back to homework and bedtimes. Yucch! Yucch! Yucch!
Thanks for checking in on us and for your prayers for Ryan. Please continue to pray for him to feel good and for his cancer to never come back. Please also pray for all the kids on and off treatment and for a cure for all cancer. Love, Les, Missy, Heidi, Will, and SuperRyan